Pyralid weedkillers in compost : amino- and clopyralid, effects and healing, by Charles Dowding

Charles talks about aminopyralid weedkiller in his compost because residues were present in the hay and horse manure used to make the compost.

Thanks to Charles Dowding for sharing his wisdom and knowledge! I wrote the following notes watching the video published on Charles Dowding’s channel. You can watch it using this YouTube linkopen in new window.

It doesn’t affect the grass family, which I find amazing when we’re talking about a weedkiller…

However, the peas and broad beans are really diseased. But also, tomatoes, strawberries and lettuces will go yellow…

# How can we remove aminopyralid weedkiller from the soil

In a wet ground, it will break down into harmless compound.

It will take some time, though, dependent on the moisture in the soil and the temperature.

See below for more details.

Without any label or supporting certifications, saying something is organic has zeo value whatsoever. 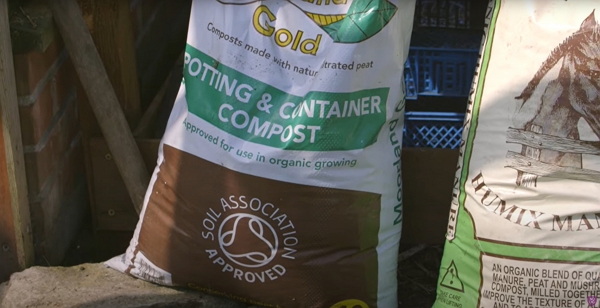 When you pick your compost, be really carefully.

And run through the following checklist before you use it in your garden.

# How do you check aminopyralid weedkiller impacts your plants

It’s generally accepted that the trial to understand the effects of weedkillers on plants isn’t conducted well.

A bioassay reveals the effects for the plant to assimilate the nutrients.

A bioassay is a measurement of the concentration or potency of a substance by its effect on living cells or tissues.

This technique will tell you if the poison is present in the plant.

In the image above, Charles thinks the concentration isn’t very high in his trial but it’s definitely present…

Often, it’s present in horse manure, but also you can find it in cow manure or hay.

Even a 10-year-old manure will contain it.

# How to heal the contaminated soil

You will need about 10 days of warm days and enough watering to break down the compounds in aminopyralid weedkiller.

It’s the soil life that will break down the poisons.

How does Charles know that? A consultant of the company came down to explain it.

He told him he thought it was manganese deficiency and that the company didn’t get a lot of notifications about issues with their poison… I’m sure that has changed with Charles’s warnings in this vlog.

Charles thinks and hopes that growth will improve, but he suggests to wait another year to grow plants in the same area.

Also, for UK citizens, you can report the problems in manure to this website.