How to Grow Garlic | Simple Steps for HUGE Yields, by Huw Richards

Jeremie LitzlerAbout 3 min
On This Page

Thanks to Huw Richards for sharing his wisdom and knowledge! I wrote the following notes watching the video published on Huw Richards's channel. You can watch it using this YouTube linkopen in new window.

# 3 things to know before growing garlic

It is considered as a perennial crop.

There are massive, compared to the regular soft or hardneck garlic. 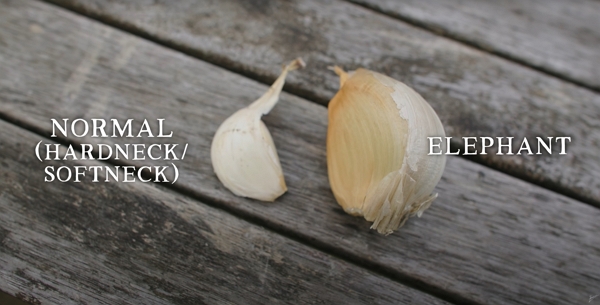 This category tends to have larger cloves and is said to be tastier than softneck garlic.

However the bulbs don't last as long as softneck garlic.

Finally, hardneck garlic produced some beautiful scapes (the top of the stem that will flower and that you need to cut off and eat!)

Even if they produce smaller bulbs, there are more cloves in one head.

If you live in a warmer climate, softneck garlic is a good choice.

It starts from mid-October and mid-December.

Any earlier and you may lose your plants over a really cold winter if they have developed too much.

That probably means that planting from mid-September (like Charles Dowding suggested) may be only possible under a polytunnel or greenhouse.

Any later, you risk your bulbs to be underdeveloped.

You can plant each clove quite close to each other, between 7 cm to 10 cm.

Also, to increase the amount of garlic planted, you can use the diagonal method: 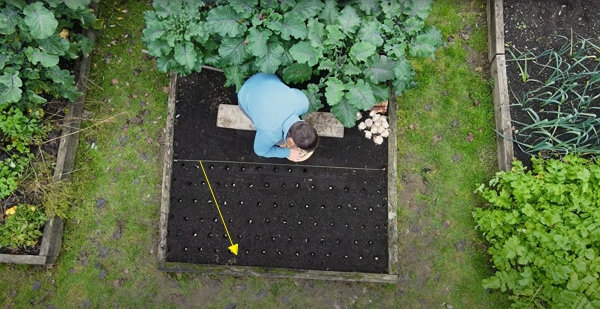 Also, plant your garlic in various areas (3-4 locations, if possible) rather than just one place.

The most important thing is the plant focuses its energy on the bulb, not the flowering stem (see above)

But, mostly, you can forget about garlic for almost 8 months. 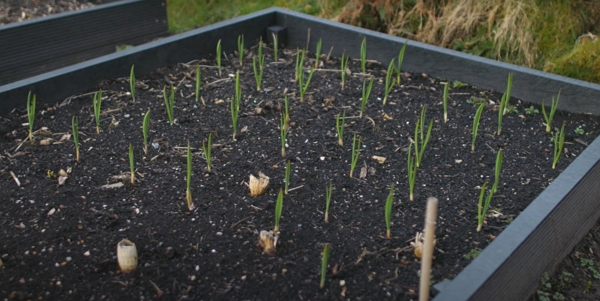 If there is a period in spring and early summer with no rain, give garlic a heavy soaking.

It happens when the bottom 50% of leaves have turned brown (or end of June).

You can also enjoy garlic from late April into may. This is called green garlic where you can eat not only the bulb but also the stem.

Garlic doesn't have to be dried to eat it.

To grow more food from the same patch of land, planting beans following harvest is a good idea

To store garlic, you can also ferment it with salt and water. Huw Richards talked about a recipe with honey and garlic that can be kept for a year. I'll look into this.

I tried it with carrots and it tastes really good, and amazingly, the spicy side of garlic is done after 1 month of fermentation.

White rotopen in new window affects the Allium family, which the garlic is belonging to.

If you do get this, to avoid it, just don't grow garlic in that same place for 3 to 4 years.

This disease is far less of a problem. 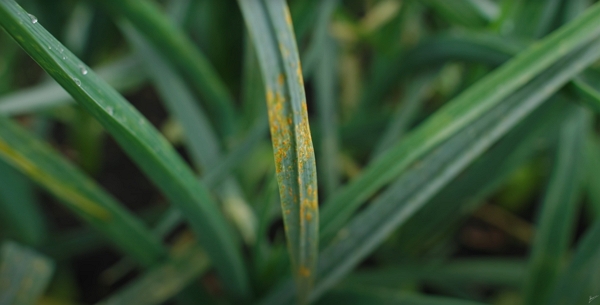 Simply, remove the worst affected leaves. Then when it comes to harvest, remove the outer layer and the garlic will be fine.

As long as you take care of the soil, rust goes away. You can also apply lactic acid bacteria using a spray.